Are you looking for a puppy to adopt? City Pups matches you with the best pups based on your lifestyle and living arrangements.

Help users adopt dogs that best their lifestyle and living arrangements in their neighborhood.

My Role as the UX designer reviews the user testing and understand how the user reacts to app initial appearance and questions to help users complete their task and adopt a pup.

I began by viewing the recorded user testing to gain what the user is feeling when using the City Pups app. After reviewing the video, I wrote down notes to understand what went well and what went wrong. 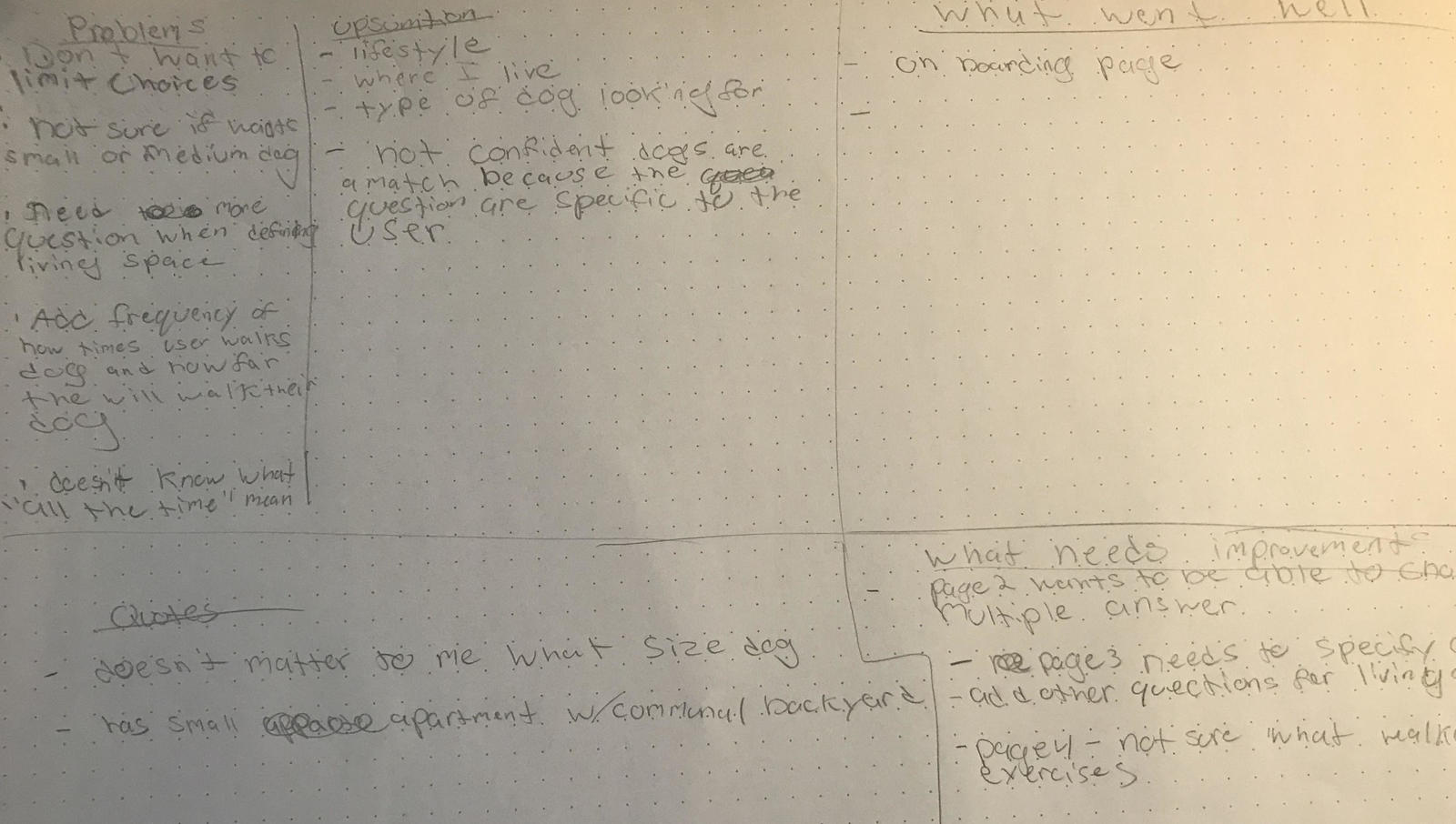 Next, I began to sketch wireframes using the notes from the user testing video. I began to figure out what the user wanted to see on each page and how to help the best complete their tasks. 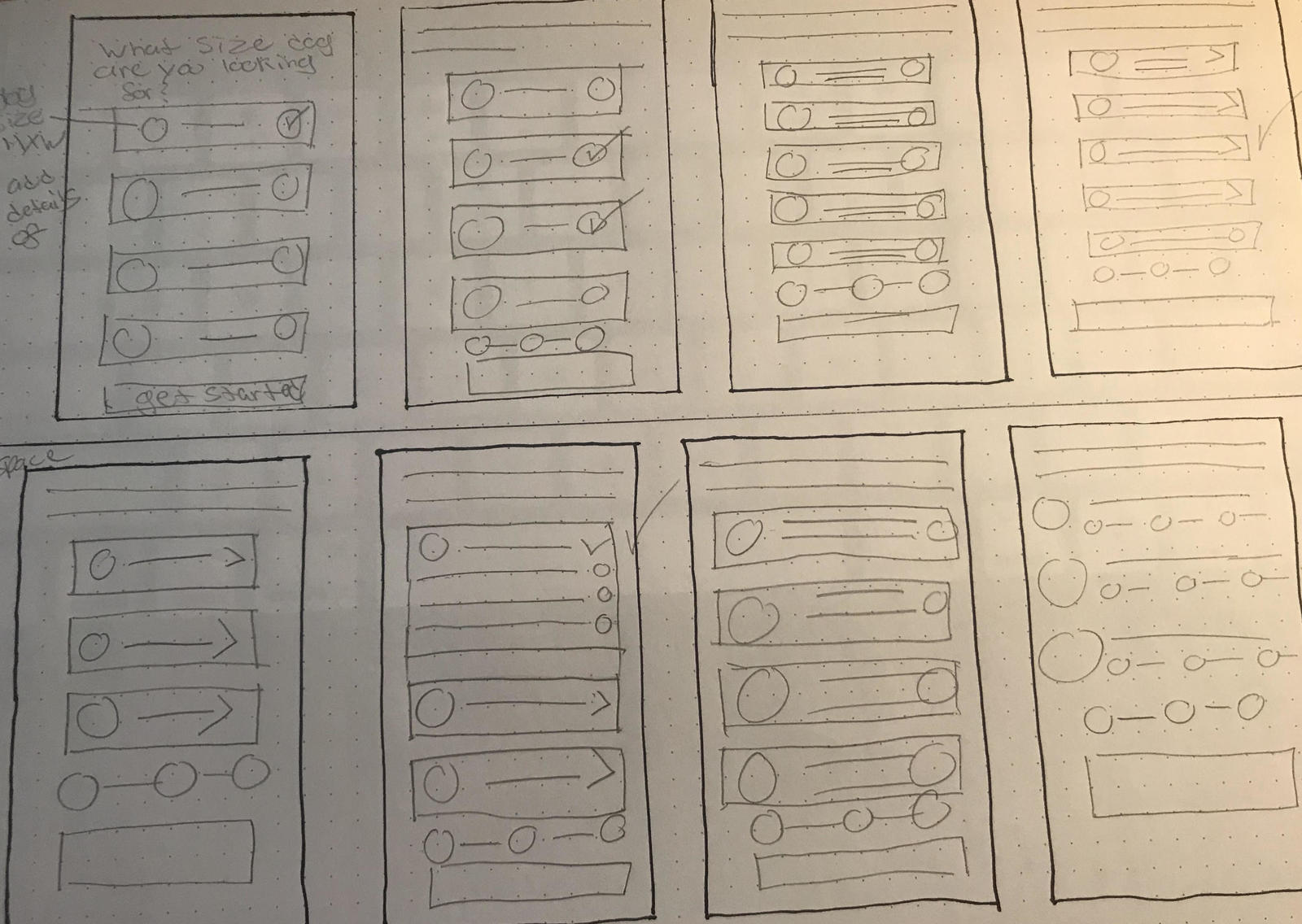 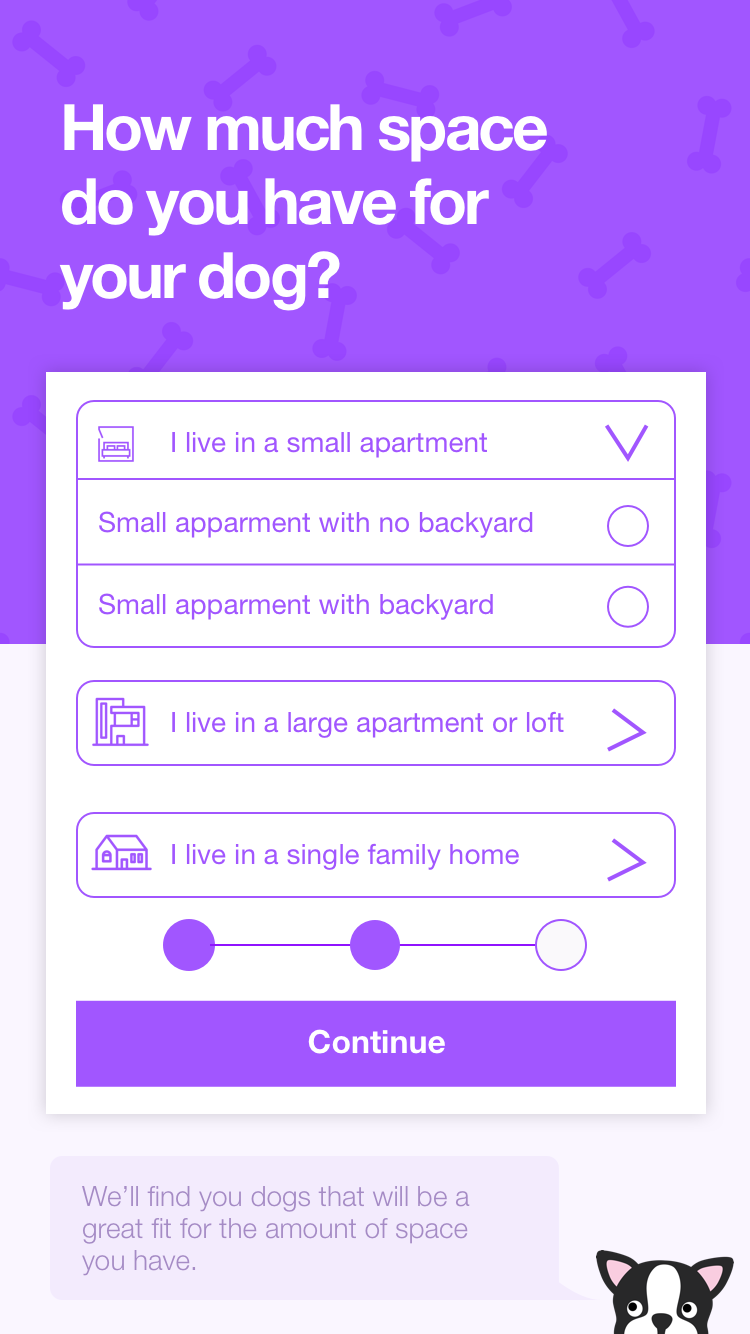 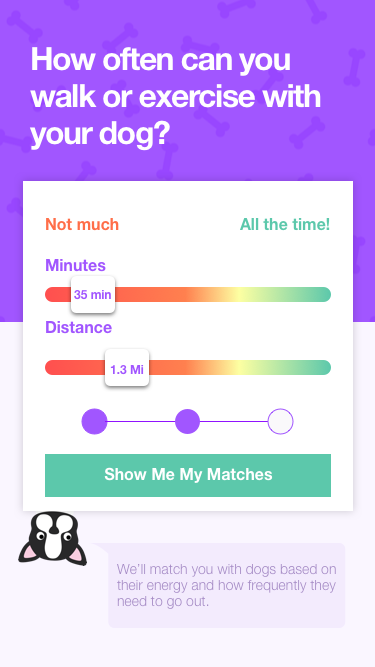 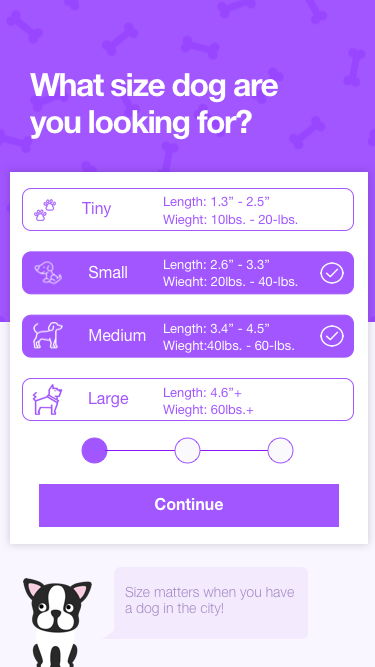